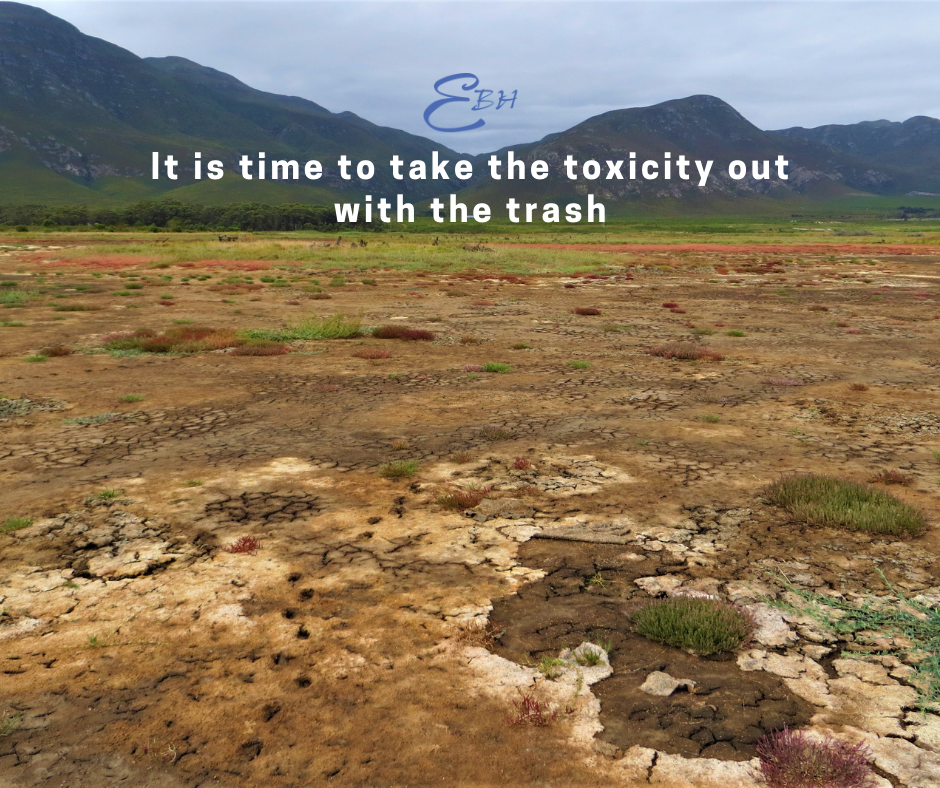 Two recent experiences reminded me of just how easily toxicity seeps into our lives. It can creep up quickly and seduce us into the belief that the more we listen to the naysayers and gather what is put out there as ‘accurate information’, the better prepared we will be.

In sharing the following two stories, I hope to illustrate how even accurate information can be shared irresponsibly and with a strong toxicity bias which does not necessarily present a wholesome, nor helpful, view of the world.

Although one of my life principles and solid practices is the rejection of all things toxic – whether it is the media, conversation or people – the first of the experiences I am about to share grabbed me in its toxic clutch so rapidly that it was impossible to stop.

The second experience was more of an observation in noting how easily one can slip so far down the rabbit hole that depression presents a real threat not only to personal well-being, but also to the ability to see, acknowledge, and feel some sense of delight – even when it is right in front of one’s eyes.

In the first instance, I had tuned into a particular radio station en route to my consulting rooms, as is often my habit, only to find that the subject matter ad nauseum – without a break – was wall-to-wall features on the devastation, disaster and destruction of Covid-19. Absolutely every insert for 45 minutes was another aspect of the ‘worst’ of the pandemic, without reprieve.

Later in the day, when travelling back home, again I tried the station.  Nothing had changed.  In spite of a new host, the subject matter continued – only on different aspects of doomsday news.  There was not a slither of focus on anything positive at all.

My mood plummeted, in spite of choosing to tune out and swap to music instead.

Needless to say, it took considerable conscious effort to shift into a more positive frame of mind, which, once achieved, led to lodging a complaint with the radio station concerned, and offering some suggestions on how a more suitable balance might be achieved.

It seemed to be the only appropriate manner in which to direct the frustration and, to some extent, the anger at the blatant irresponsibility of those mandated to deliver ‘newsworthy’ stories.

In the second instance, my husband and I were fortunate to spend a little time away in early February, where we met up with one or two other people staying in the same beautiful and somewhat exclusive surroundings.

As we enjoyed chatting over breakfast and dinner, shared in the most beautiful and luxurious setting, it became evident that one of our companions seemed to be rather addicted to keeping up with the world of news; and each day’s insights were shared with us during mealtimes.

As an apparently very successful business person this habit would have made sense, but for the fact that he seemed to constantly be attracted to the ‘bad news’ over anything else; even news of tragic events that have nothing to do with business, the economy, industry, or the pandemic itself.

Although a friendly attempt was made to make light of this objectively noted ‘addiction’, the truth eventually emerged that the past year had wreaked emotional havoc – to the point of (diagnosable) depression.

My heart simply ached for the palpable loss of joy!

It is not in question that everyone needs to stay informed and that it is necessary to keep abreast of certain important facts, data, and events; the time of Covid being no different.  This is vital on numerous levels.

What is also vital, however, is for there to be a mindful awareness by those hosting radio stations; reporting on the news; sharing via social media and entering into conversations, of the human need for personal psychological integrity and the value of sustained well-being.

Just as one learns how best to de-toxify one’s own environment, the media would benefit from subjecting itself to a daily ‘toxicity audit,’ so as to prevent adding greater stress to the spiraling state of the mental health of our nation.

Putting information out into the world is a responsibility that requires as much consideration for the dignity and well-being of others, as it does of accountable reporting and the dissemination of factual information.

It is time for all of us – across the board – to take the toxicity out with the trash.